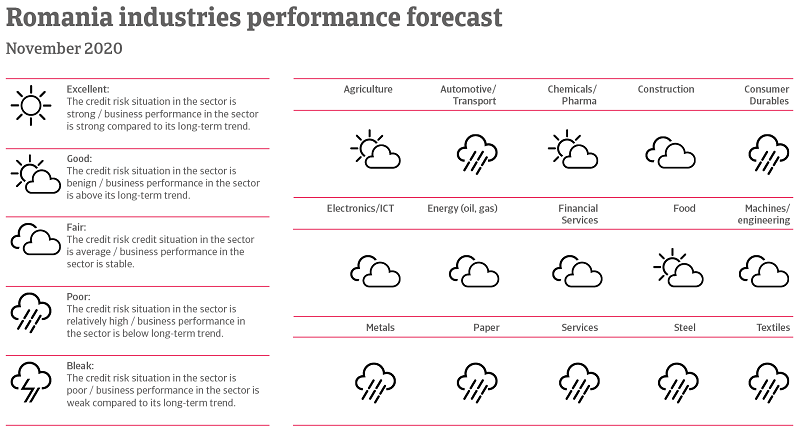 Since the last general elections in December 2016, the legislative period has been characterised by increased political uncertainty, with five different governments ruling (three coalitions led by the Social Democratic Party PSD and two by the centre-right National Liberal Party PNL). This was accompanied by regular mass protests, as corruption and graft remain major issues in Romanian politics and economics, and popular dissatisfaction and distrust with the political system run deep.

The current minority government led by the PNL under prime minister Ludovic Orban lost a no-confidence vote in February 2020. However, his caretaker government was re-approved by parliament in March, even with the backing of the oppositional PSD. This unique support was motivated by the urgent need for an effective administration capable of dealing with the coronavirus pandemic.

Next parliamentary elections are due in December 2020. Current polls suggest that the PNL could form a majority centre-right coalition, which could pave the way for a period of more political stability.

A rather modest economic rebound expected after a marked slowdown

The Romanian government responded swiftly to the coronavirus pandemic in February/March 2020, implementing measures to delay the spread. However, since August, the country has been affected by another wave of rising infections, which has led to new restrictions and lockdown measures.

Romania’s economy is expected to contract by about 4.5% in 2020, mainly due to sharp deteriorations in private consumption (down more than 6%) and exports (down by more than 14%). Employment is likely to shrink, as businesses increasingly have to cut down on staff. Inflation is forecast to decrease from 3.8% in 2019 to about 3% in 2020, with the impact of supply disruptions earlier this year mitigated by the deflationary effects of contracting consumer demand. Inflationary pressures are to remain at current levels in 2021, given the comparatively weak recovery outlook.

It is currently expected that GDP will rebound only modestly in 2021, by about 3.5%, with exports and private consumption increasing about 6% and 4% respectively. However, the recovery largely depends on the impact and duration of the ongoing “second wave” of the pandemic in Romania and Europe.

Fiscal deficit will remain elevated in the coming years

In order to mitigate the negative effects of the pandemic on the economy, the government has implemented a fiscal package worth 2% of GDP. Measures include funds for healthcare, wage support for parents staying at home, wage subsidies and government guarantees to businesses. Together with a hike in public pensions as of September 2020, this will lead to a fiscal deficit of about 10% of GDP this year, with public debt increasing to 47% of GDP (37% of GDP in 2019). While the fiscal deficit will gradually narrow over the coming years, it will remain above the 3% of GDP threshold set by the EU’s excessive deficit procedure.

After a moderate loosening of monetary policy in the first eight months of 2020, the Central Bank of Romania is likely to keep the benchmark interest rate at 1.5% in 2021. This is because the inflation rate is within target range (the Central Bank continues to operate an inflation-targeting regime with a multi-year target of 2.5%, ±1 percentage point).

Since 2012 banks have greatly reduced their reliance on foreign funding, limiting the banking sector's exposure to financing from their parent companies abroad. The sector is stable and well-capitalised (Tier 1 capital ratio of 20.7% in June 2020), with ample liquidity (loan-to-deposit ratio of 75%). While non-performing loans have increased to 4.4% in June 2020 from 4.1% at the end of 2019, they remain well below the peak of 21.5% in Q3 of 2014.

However, asset quality is likely to deteriorate once the current loan repayment moratorium scheme expires (around 20% of the total lending portfolio is under this scheme set-up to help businesses affected by the pandemic). Another downside risk is a further deterioration of macroeconomic conditions.

After increased currency volatility at the onset of the coronavirus pandemic in early 2020, the exchange rate has recently stabilised again. The Central Bank appears to have resumed the managed float of the leu against the EUR since the end of August 2020.

Foreign debt is moderately low (45% of GDP in 2020) and expected to decrease in the coming years. International reserves are still sufficient for the time being (more than five months of import cover in 2020).

In 2020 the current account deficit is expected to decrease modestly, to 4.3% of GDP (4.7% of GDP in 2020). Sharp decreases in exports of goods and services have been largely mitigated by commensurate declines in imports. However, the deficit is expected to increase again in the coming years, as stronger domestic demand will lead to more imports. Financing of the deficit is increasingly dependent on short-term borrowing, which is a cause for concern. The country remains vulnerable to capital outflows should there be adverse internal (e.g. major political unrest) and/or external developments.

The expected economic contraction is lower than Eurozone average